Originally a watchtower which stood from the 17th century, this clock tower was built in 1847 to replace it. It was built of red and Suffolk brick to an impressive 21.33 meters (70 feet), with a heraldic Caen Stone Lion at each corner of the base.

In 1867 a bell was added to the tower, and by 1902 the lions had been replaced by lanterns, which were subsequently replaced by the current globe lights in 1920. At the same time, the public toilet buildings were also added at either side of the tower base. 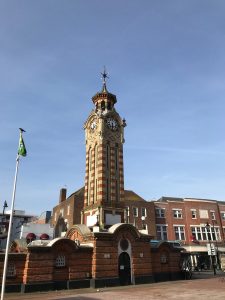 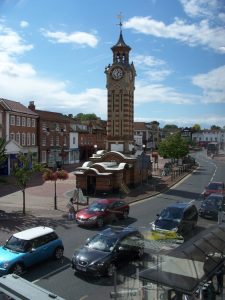 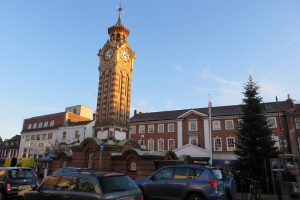